In the castle Chapel of the Holy Cross, you will then merely contemplate the pictures of Master Theodoric in silent wonder.

Set out for the most-visited castle in the Czech Republic and discover the treasures it has hidden for centuries! 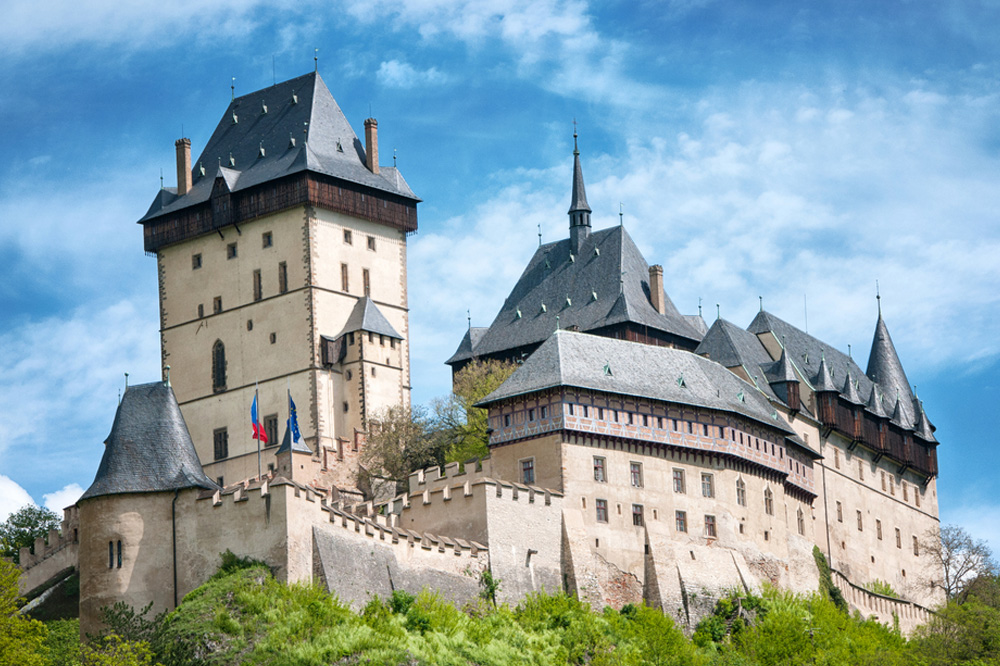 Karlštejn Castle was completed in 1365 and apart from its beautiful decoration, it also stands out among the others for its stepped layout according to the importance of individual parts of the castle. At the lowest point, you will find the settlement outside the castle walls with the Burgrave’s Palace and its originally designed well, the two-storey Imperial Palace spreads out above this with the bedrooms of the king, his court and noblewomen, on the next level, the smaller Marian Tower with chapels reaches for the sky and at the very top you will find the dominant Great Tower, in which the Czech royal treasures were supposed to be stored. Climb from the pikes to the gold and precious stones!